I've taken over managing an office network and the previous owner had it partially set up. Previously they had both switches connected to different ports in the firewall but only one of the switches was showing up in the Sonicwall UI. So I disconnected the switch I wasn't seeing in the UI and added it to the other switch's port. That worked and it shows up in the UI now, I authorized it and it prompted the firmware, since it has never been updated I updated it.

How do I get this updated so it's not stuck in this status? It doesn't seem to be a problem with functionality other than I can't manage it in the UI. 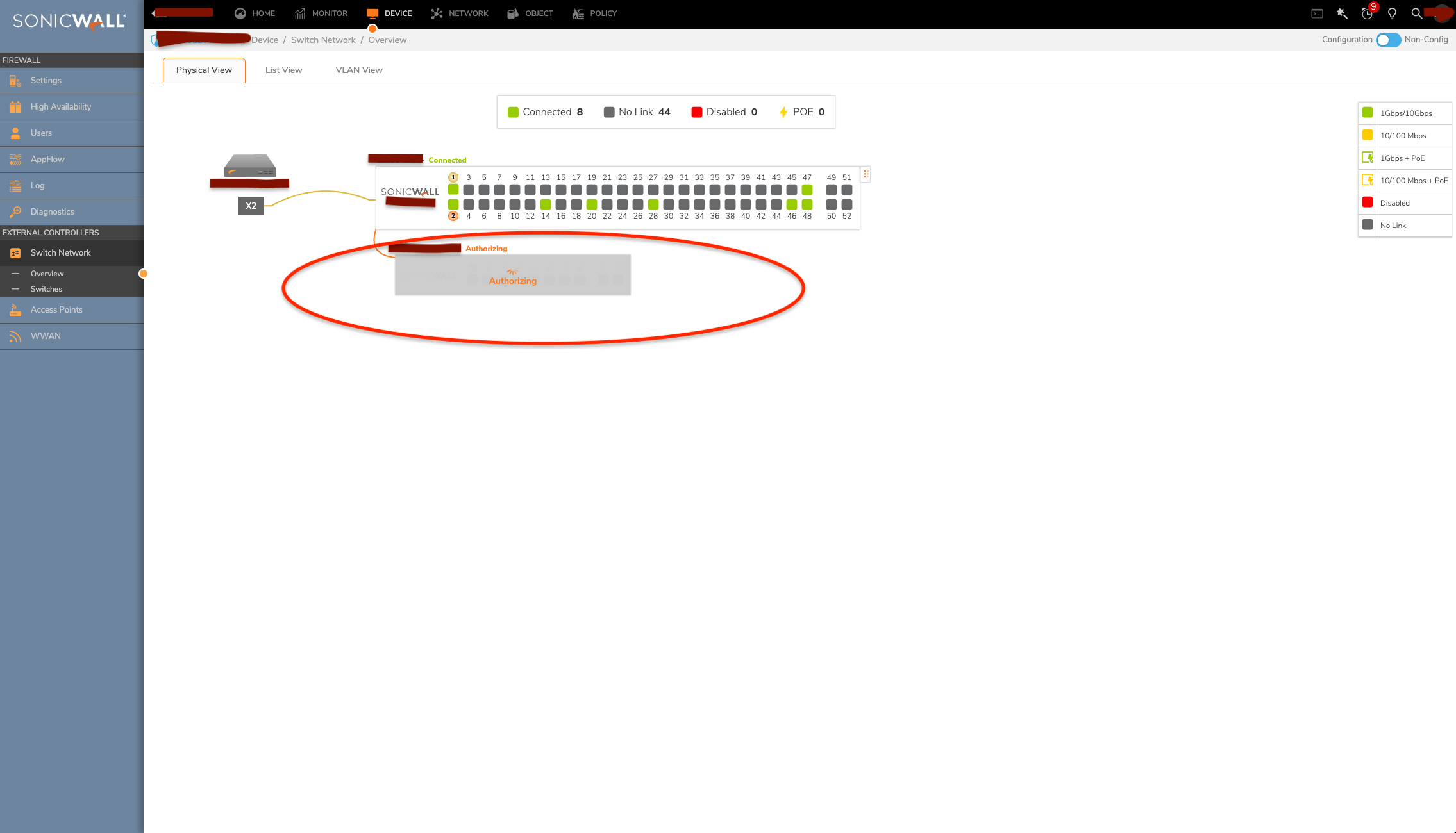