WCM-ZONE BASED / INDIVIDUAL DEVICE BASED REPORTING NOT AVAILABLE. 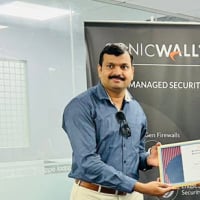 I would like to know that, is there any plan for enhancing the WCM reporting feature? Many times informed to the Beta and back end team to enhance the WCM for the Zone based reporting & Individual device reporting feature.

I do have more than 8 Zone in my WCM as per the device segregation/location based. If i need the device / zone based report, there is no option to get it.

Last September I escalated the same subject through this community and one of the Sonicwall employee said that, improved reporting feature will be available in WCM 3.0 but unfortunately nothing will happen on the WCM reporting feature & still its remain same and the WCM current version is 3.5.8.