Symptoms: NetExtender launches and connects to server successfully. Client shows up on the SOHO-250 SSL VPN status page. However, client cannot connect to any other internet resource. The NetExtender adapter on the client system shows the following status: 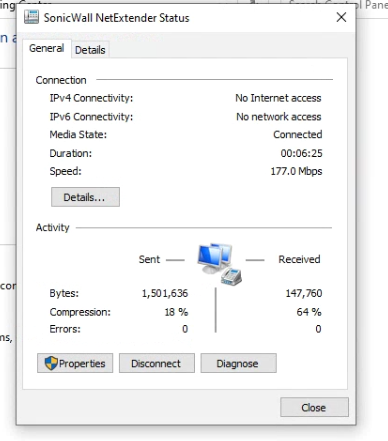 This is the first time I've tried to use/configure NetExtender. I'm obviously missing something, but don't see what it is. The NetExtender adapter shows that it is connected as a dialin device. That doesn't seem right, but I don't know if that could be causing this problem. I tried bridging the wireless adapter to the netExtender adapter, but that wasn't an allowed option.