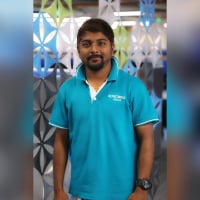 I hope this information will help users/customers to differentiate between the firmware versions and give them an idea to choose the right firmware version for their security appliances.

General Release software is a mature, widely deployed and proven release, suitable for typical use cases and is the software of choice for reliability. General Releases are used for production environments.

Feature Release software is a new release that introduces major new features in the product. A Feature Release has gone through multiple & thorough engineering, quality, alpha, and beta test cycles and is being launched for general availability. A Feature Release is a candidate to move to General Release after the maturity criteria is met. Please refer to the release notes for list of major features.

Initial release software is the first release of a new product.It is recommended to upgrade to General Release upon availability.

Hotfix releases contain the latest fixes and patches, and are provided to customers who are looking to address specific issues. Eventually hotfixes releases are integrated into the Maintenance/General release.

A Beta release is feature complete but likely to contain a number of known or unknown bugs. The focus of beta testing is reducing impacts to users, often incorporating usability testing. Beta version is often useful for demonstrations and previews within an organization and to prospective customers. Beta firmware's are not recommended for production environments.