a couple days ago I updated a SMA 500v from 10.2.0.10 to 10.2.1.6 because the customer would like to benefit from the newly implemented WireGuard protocol. It's a small deployment, 5-10 Users, offloaded Exchange 2016 and remote Access via NetExtender. Running for years without major problems.

But immediately after the update, the Appliance reboots every few minutes without obvious reason. After some digging I was able to narrow the problem down to the Exchange Portal. If I make the Exchange Portal inaccessible, the Appliance stays on, but with enabled Exchange Portal after a few minutes the system crashes. The console shows what is going on and the watchdog forces the system to reboot. I tried to disable all users and put them back on one by one, but it's not related to a specific connection. 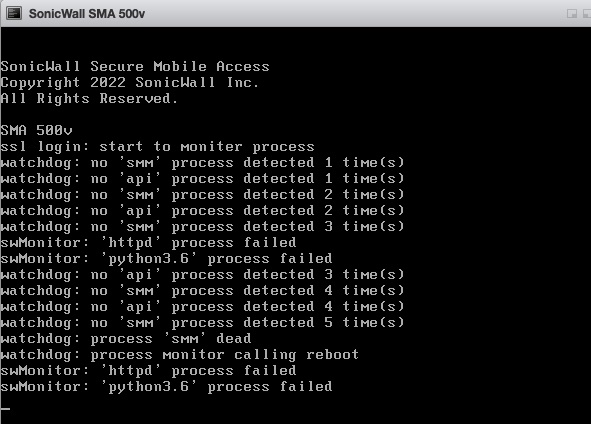 Did anyone experienced something similar? I already recreated the Portal and tinkered with the settings, but nothing helped.

@Simon did you heard about that before?