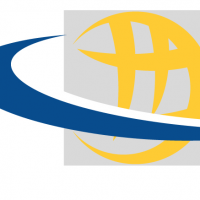 I noted that two outdoor devices shown in MySonicWall did not reflect the correct (current) firmware level, so I opened a support case.

Here is one emailed response I received:

This is to inform you that as the firmware for SonicWave is not released in the mysonicwall.com account, the firmware version does not get updated in the account. You may follow the below link for steps to synchronize the details from the GUI to the account:

Naturally, the referenced KB article does not "fix" the reported problem.

Now, as far as I know, MySonicWall is designed, and promoted, as the one-and-only place where you can get a complete view of your products. But, apparently, SonicWaves are exceptions - perhaps because they are managed by WNM. But switch firmware appears correctly, I'm told. So why are APs such an outlier? I can't find out.

But my case is now in Pending Close status because...

Firmware allowed to edit only if that is available in MSW. However, we don't release any sonicwave firmware in MSW. Therefore it is not available to edit.

Honestly, who makes this stuff up?

I don't understand why this problem - yes, it is a problem - can't it be fixed.

Category: MySonicWall
Reply
0
Sign In or Register to comment.
Hey! You will be signed out in 60 seconds due to inactivity. Click here to continue using the site.