Connecting IPv6 Remote Office to Headquarters via IPv6 over IPv4 -- Encapsulation, NOT Encryption

This posting has two purposes.

The goal is to connect multiple dual-state (IPv4 and IPv6) offices to Headquarters via SonicWalls and IPv4 VPN Connections. The example below shows a working 6over4 tunnel, without encryption.

How do I pass IPv6 traffic via an encrypted connection?

The text, below, describes the full technique to connect one remote office to HQ. It includes the steps for a manual IPv6 over IPv4 tunnel. The company uses Hub and Spoke, so all internet traffic routes via the HQ Sonicwall. The office uses a TZ300. HQ uses a NSA3650.

Establish normal IPv4 to IPv4 VPN tunnel between the SonicWalls.

Use fixed external IPs on the SonicWalls. Define two vlans for the office for user and VOIP subnets. 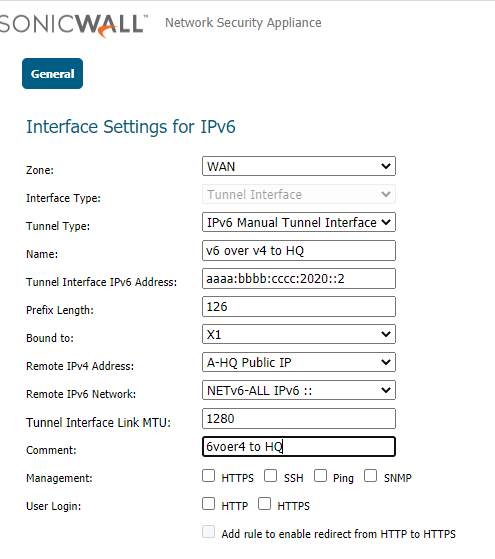 Add Routing Statements to SonicWalls so Traffic Routes Via Tunnel 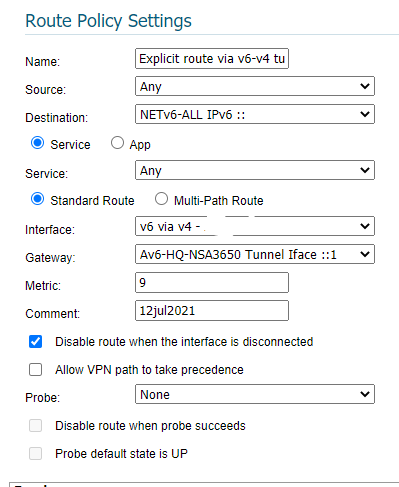 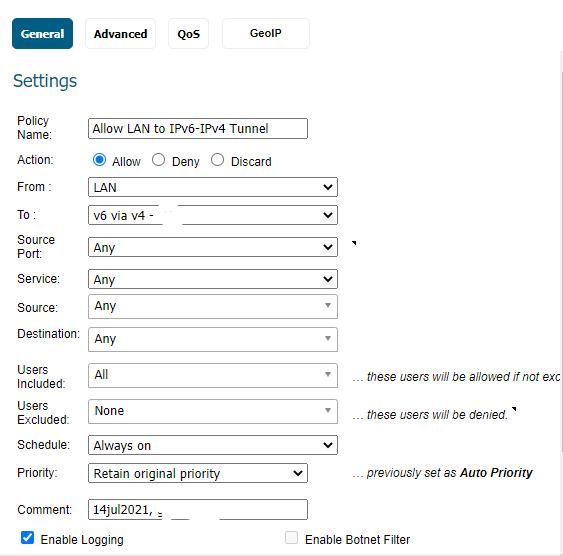 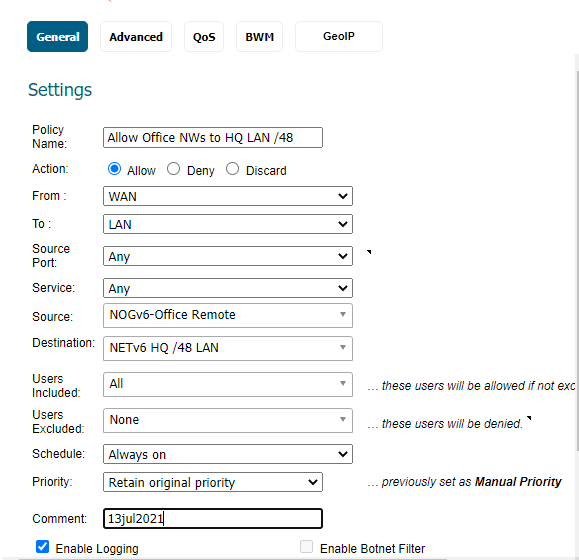 Traffic is Encapsulated, Not Encrypted

Snoop the X1 traffic between the two SonicWalls, or span port the WAN interface of the Office SonicWall. In a test environment, I accessed the web page of an HP printer via the IPv6 address. One snooped packed included text for font-_family:Aria. So the traffic is plain text. I also spanned port in the switch and confirmed the plain text traffic with wireshark. 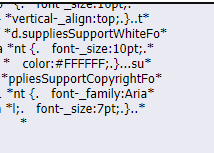 How Do I Pass the 6over4 tunnel over the existing IPv4 VPN Tunnel?

If the encapsulated 6over4 traffic ran through the existing IPv4 VPN tunnel, remote office connectivity would be done!

Category: Mid Range Firewalls
Reply
0
This discussion has been closed.
Hey! You will be signed out in 60 seconds due to inactivity. Click here to continue using the site.