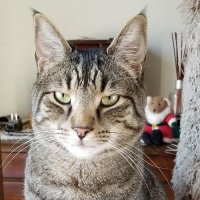 i have difficulties with SYSLOG data in my SIEM. the SIEM export makes a file as CSV. the formatting of the file is really had to read. the first column is MESSAGE and the data within the column is relevant. It is hard to read and impossible to sort.

any suggestions how to parse the MESSAGE column? also how would i get a similar native log from SonicWALL? i could see how it is parsed and perhaps the SIEM is the offender.

i have read that some users run scripts on the output.