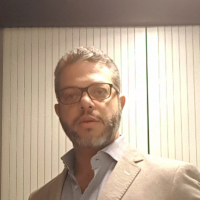 Hello Community, have you any experience in setting the syslog forwarding feature within a SMA 500V or generally a 100 Series? Which syslog daemon do you suggest to use?