DEAG file changes cause Gen7 devices to lock up 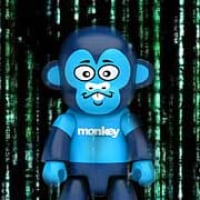 I have a Gen7 TZ570 that has been locking up consistently since it was installed in December. I was told by support that there were a number of host resolution errors on the device which could cause high CPU issues and lock the Sonic.

The hosts are all pulled from a DEAG file that we host. I removed around 80 entries that were identified as causing problems. After this was saved our helpdesk started getting calls from virtually every site that has a GEN7 Sonicwall that references this file. The Sonics were locking up and needed a reboot to resolve the issue. As they check in ever 24 hours it took a day for all of these devices to lock up and reboot.

All of the GEN 6 firewalls that we manage didn't have any problems.

We have a number of GEN7 devices that have been locking up periodically and I wonder if its related to when changes are made to the DEAG file.

Jas anyone had similar experiences?