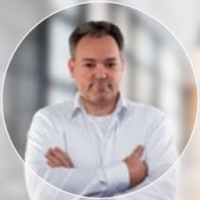 customer used an Exchange2010 Portal with activeSync. No DeviceManagement on SMA500v enabled. all was running. We applied Service Pack SP3 (yes its time...) but then automatically the ActiveSync password policy with complex rules were activated on Exchange. Just the mobiles got connection to their mailbox they were asked to change their mobile PIN (devicePassword) to be conform with the new policy. As we were informed we deactivated the policy only that simple passwords are allowed. But the mobiles could not be informed about the changed policy. The users had to set up a complex pin code for the mobile.

No policy in sma500v was activated, no on ther MSX but it kept asking to change the code.

So i put the MSX directly to the internet as before and mobiles got straight to the msx. Now the emailaccount could be updated with the simple policy and the user was able to change his PIN to an easy 4 diggit as before.

I now wondering why was the policy not updated through the SMA ?

Did i oversee an needful item in the config?

This discussion has been closed.
Hey! You will be signed out in 60 seconds due to inactivity. Click here to continue using the site.