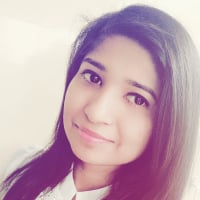 Cipher control feature was introduced in the feature release firmware version 6.5.4.1 and available on all firmware versions post that. It can be used to allow or block any or all TLS and SSH ciphers. This functionality applies to:

Any change to the TLS ciphers applies to all TLS traffic.

The ciphers are ordered based on the security strengths, with ciphers on top more secure than the ones below. Both DPI-SSL and HTTPS MGMT implementations use the relative ordering of their supported ciphers based on Firewall Settings > Cipher Control; that is, for the DPI-SSL supported ciphers, DPI-SSL orders them based on the ciphers listed in Firewall Settings -> Cipher Control. The same is true for HTTPS MGMT ciphers.

We have around 333 TLS ciphers in the list which can be allowed/blocked based on strength, CBC mode support, as well as TLS protocol version.

I hope that helps!