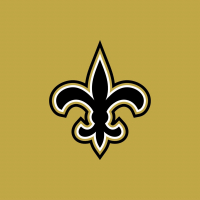 I have seen extra good deals on the NSA2650 I want to purchase, especially on eBay. I thought I saw a comment by somebody who bought a SonicWall and said it appeared new, but was so old that was not able to either Activate or Register it? Of course I can't find that comment now that I need to look into it. Does anyone have any experience with that? I want to add the enhanced support to make sure I have telephone support. The end user wants to put it inside the LAN only and use a DMZ to control access to a specific server. I'm sure I will need technical help when I get ready to install.

I'm most concerned about any problems registering the firewall and activating the support license I will buy too. Any advice when seeing pricing that sometimes looks too good to be true on eBay and Amazon both? It is hard to even get replies from a lot of the sellers, or know for sure you are getting a straight answer. The one I saw that is the best deal had something in the description about getting the Activation delivered thru FedEx or UPS, which didn't make any sense to me and just threw up more red flats.